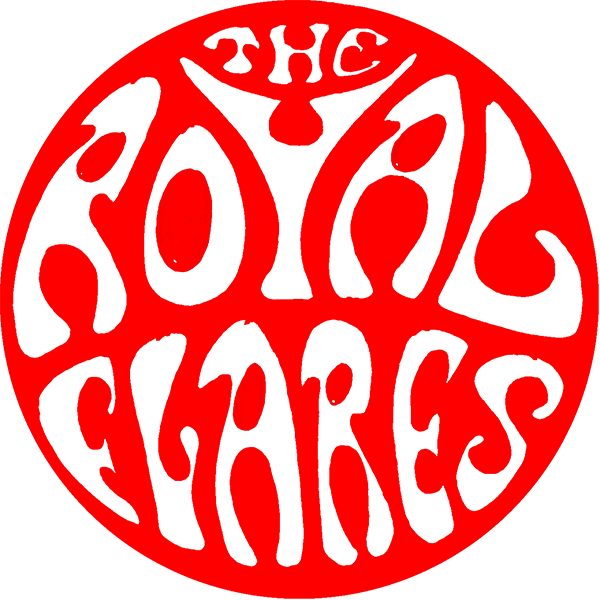 Tales of Sound and Fury – LP (including free CD) 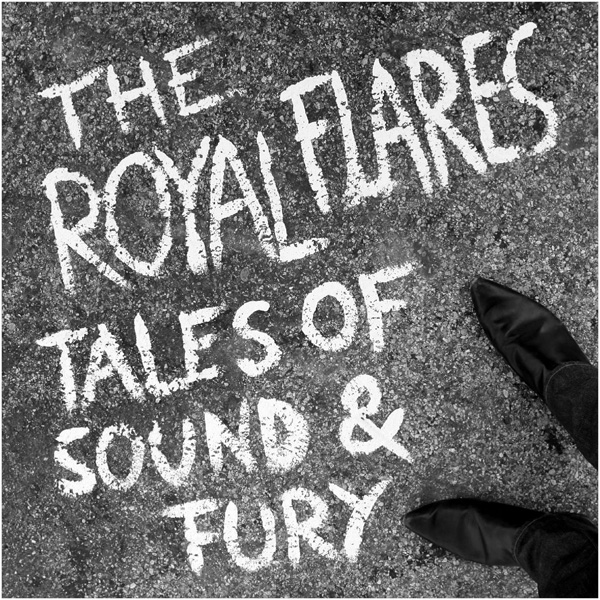 Welcome to the Stone Age! We are proud to present the debut of: The Royal Flares are dedicated to the raw, wild, frantic and driving sound of 60s garage rock’n’roll as epitomized by the legendary ‚Back From The Grave‘ series. Drumsticks flying through the room, the Farfisa organ grinding the sole off your shoes, the singer snarling and screaming out his anger, angst and longing, the bass like a heavy maelstrom underneath and guitars like rusty blades slashing through mountains of fuzz and twang.
The album was recorded in an old building of the German Federal Railway, which makes for an authentic, almost archaic sound (the secret being high ceilings, like the studios in the sixties used to have them). It’s live, including the vocals, and it’s wild. This is not a clean and neat simulation of long gone garage punk greatness, this is the real thing. Forceful, massive like an old steam engine, rolling downhill!
‚Bad Part Of Town‘, the original already being a top-notch rocker- the Flares turn it into a downright ‚punk juggernaut‘ as a US collector of sixties garage 45s has put it. Their rendition of the all-time garage favourite ‚Going All The Way‘ is a blasting ’66 jangle ride on a ’77 punk engine. And another reputable expert of 60s garage rock’n’roll has only one word for their version of the hard-core garage anthem ‚Last Time Around‘: KILLER!
Their original material doesn’t lack behind. If you think ‚Signifying Nothing‘ with its biting blasts of fuzz is right off a Back From The Grave comp, you could be right, only that it’s the Royal Flares’ very own creation. ‚The Stalker‘, another 60s punk smasher, has been described as ‚the Great Scots blended with the Ramones (Blitzkrieg Bop)‘. With tunes like ‚This Is Why I‘ the Royal Flares even prove to be competent on Beau Brummels territory and ‚Mavis‘ is a beautifully haunting and moody 60s garage ballad.
‚Tales Of Sound and Fury‘ is like a massive rock in a sea of plastic. It’s raw, it’s wild, it’s pulsating with the blood of original rock’n’roll. Welcome to the Stone Age!


Warning: sizeof(): Parameter must be an array or an object that implements Countable in /kunden/256809_81541/theroyalflares/wordpress/wp-content/themes/lush/woocommerce/single-product/meta.php on line 14

Warning: sizeof(): Parameter must be an array or an object that implements Countable in /kunden/256809_81541/theroyalflares/wordpress/wp-content/themes/lush/woocommerce/single-product/meta.php on line 15